Amongst a range of traditional and special menus, James Martin Manchester showcases its superb cooking through seasonal A La Carte menus.

With vegetarian and vegan alternatives on offer too, there is something to please everyone. Enjoy!

Hen of the woods, fennel and pear salad

Selection of loose Tea from The Manor £3.25

Baron Bigod is Britain’s first unpasteurised brie. Ladled by hand with milk from the farm’s French-bred Montbeliarde cows. It is aged to perfect ripeness, with a rich buttery softness towards the rind contrasted by a fresh, lactic core.

Made from a small farm with only 65 Ayrshire cows. Hafod is a clothbound Cheddar from a very traditional recipe, this produces a cheese that is buttery and smooth, with that special Cheddar tang.

Reminiscent of Italian and Spanish hard cheeses, Holbrook goats’ cheese takes influence from the continent but is very much rooted in the north of England, having originally been developed out of an aged-Lancashire recipe.

Matured for a minimum of six months to allow the flavour to develop, everyday Martin and Nicola use milk fresh from their goats on their wild Cumbrian land to make this sharp, herbaceous, saline goats cheese.

Raw-milk blue cheese from Northern Ireland. An interesting take on an ancient blue cheese recipe, Young Buck cheese is traditionally made and hand-ladled to produce a rich, lingering flavour.


These are sample menus and are subject to change.

Hen of the woods, fennel and pear salad

These are sample menus and are subject to change.

These are sample menus and are subject to change.

Make your festive celebrations magical with a glamorous meal in James Martin Manchester.

Special occasions sparkle in our spectacular restaurant, with traditional warm and cosy ambience during the festive season. 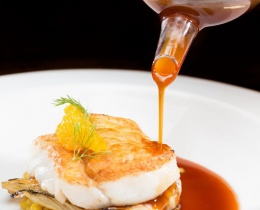 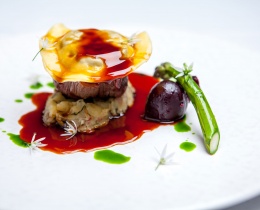 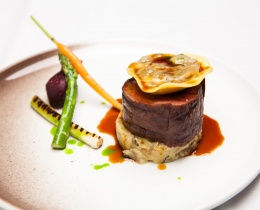 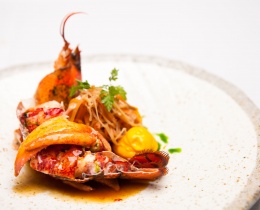 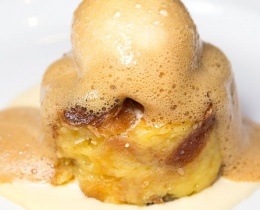 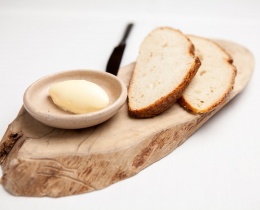 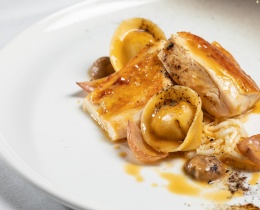 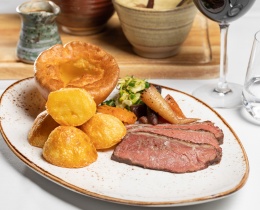 WHAT OUR CUSTOMERS SAY...

" We had a great day thank you, great value for money, wonderful food and wine with a very charming host who had a lot of time for everyone there. We would definitely come back ! "

" Fantastic food and all well presented. The front of house staff were exceptional. The Q and A with James was a delight. We look forward to returning to the restaurant and hope the same staff will be in the kitchen and on the floor. " 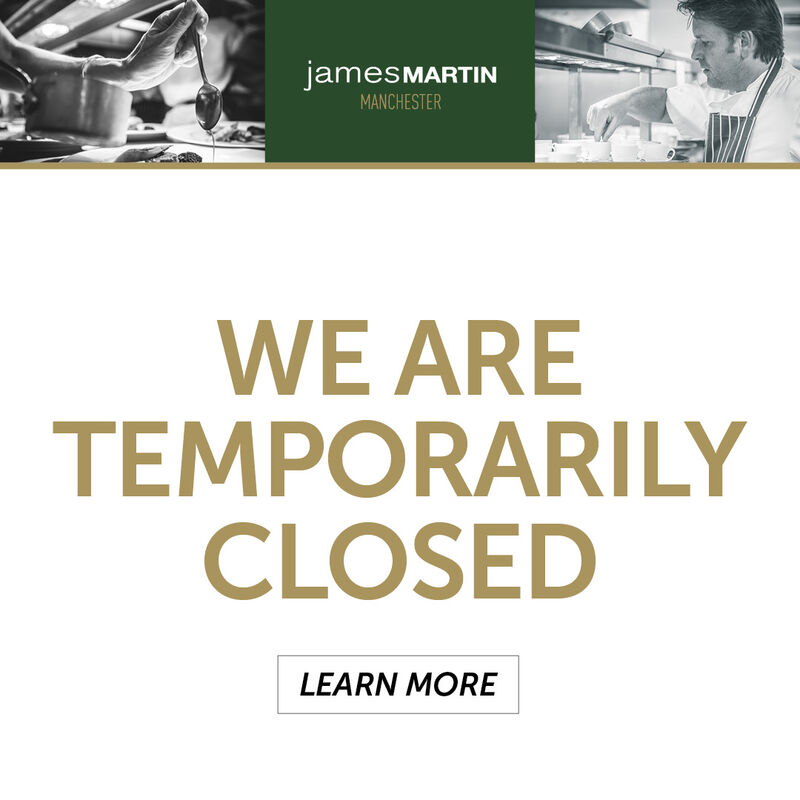